Previous Next
Mixed Use Assets Rules

Do You Own a Bach, Boat or Aircraft?

If so then the Mixed Use Asset (MUA) rules might apply to you.  The MUA regime has already commenced for land (e.g. holiday homes) effective from the 2013/2014 tax year, i.e. from 1st April 2013 for most taxpayers.  The rules for aircraft and boats/“marine vessels” don’t come into effect until the 2014/2015 year and only apply to these assets whose cost is over $50,000.  No monetary limit is set for land. The rules are designed to limit the tax deductible expenses claimed by the owners of MUAs.

A Simple Mixed Use Assets Example:

Is Your Asset a Mixed Use Asset?

The MUA rules don’t apply to:
•    Long term rentals.
•    Assets that have had a change in use during the year (e.g. returning from OE and moving into the house that had been rented out).
•    Business assets where the private use is minor (the FBT rules will apply though for companies and trusts).
•    Assets where use between private and business is apportioned by floor area or a similar

2.    Used to derive income or used in the income earning process.

Therefore it is possible for an asset to be a MUA one year and then slip out of the regime the next year, only to fall back in in a subsequent year.

•    Income earned from private use is Exempt Income.
•    The MUA rules deny deductions for the private use and unused days, e.g. interest and other expenses relating to the MUA.
•     In companies and groups of companies, any interest on borrowings is deemed first to apply to funding the MUA and the residual of the interest is deductible within the company under normal tax rules.
•    The onus of proof regarding evidencing the 3 types of use is with the taxpayer. Therefore from the start of the 2013/2014 year (generally from 1st April 2013) the owner needs to keep an annual record of the use of the property. Refer to point 1 under Action, below.
•    Losses: When the MUA rules result in a loss after allowed deductions, the loss is quarantined to be used against future profits from that MUA. If the MUA falls out of the regime in the next year, the losses can’t be used, but are held over until a year when the asset re-enters the MUA regime.
•    GST: If the asset is used in a GST taxable activity – the MUA rules prescribe how much GST input tax can be claimed.

2.    Where a MUA is in a company or company group at the end of the 2013 year, there are special rules available to move the MUA out of the company structure without triggering Depreciation Recovered. If this is done, the shareholder takes over the company’s Tax Book Value for depreciation purposes. This concession, if taken up, must be carried out before the commencement of the 2014/2015 year (generally before 1st April 2014, so there isn’t much time left to action this, particularly if your company is an early balance date company and you have a MUA you want to move out of the company.) 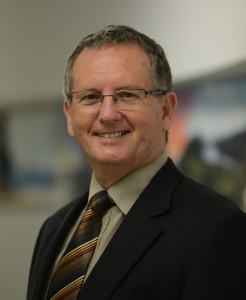 If you would like to discuss the mixed used assets rules in further detail please contact Jim Martin at jmartin@uhyhn.co.nz