Provisional Tax: What Is It And Why Do You Have To Pay It?

Previous Next
Provisional Tax: What Is It And Why Do You Have To Pay It? 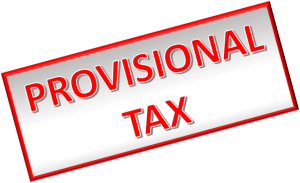 Provisional tax is an interim tax payment made during the financial year. The principle underlying interim tax payments is that tax should be paid as income is earned. If you are a provisional tax payer, you will most likely make three provisional tax payments during the financial year on 28th August, 15th January and 7th May for a 31st March balance date. You can also choose to pay twice yearly to align with six-monthly GST periods, or more than three times a year if you use the GST ratio method and have a monthly or two-monthly GST period.

Use of money interest (UOMI) is charged by the IRD on underpayments and paid out on overpayments made during the year.

The threshold for becoming a provisional tax payer is $2,500 of residual income tax (RIT). As companies and trusts were previously excluded from the UOMI safe harbour exclusion, this meant that even if the entity was not a provisional tax payer last year or in fact it did not exist last year, interest would be charged on underpayments where the current year’s RIT was over $2,500.

Why Are Tax Payments So High In The Third Year Of Business?

Please contact us if you are unsure of your provisional tax liability, or think that you may be required to make provisional tax payments based on your current year’s income.

If at any stage you are unable to meet tax payments as they become due to the IRD, please contact us prior to the payment date. We can work with the IRD to make arrangements that may help to reduce the costs of late payments, or help you to enlist the services of a tax intermediary who can help fund your tax at a lower interest rate than the IRD charges.