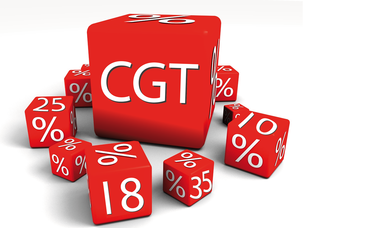 The Tax Working Group has now released its final report where it makes key recommendations regarding Capital Gains Tax as well as other New Zealand taxes. The TWG proposes that CGT applies when an asset is sold or disposed of (or when there is a change of use). Here we summarise the main points regarding CGT.

There are two options proposed by the TWG for instances where a home is used to earn income, such as home office, flatmates/boarders, or used in part for Airbnb. The first option is if less than 50% of the home is used for income-earning purposes then the entire property will be treated as the excluded family home. The second option proposes to apportion the capital gain between income-earning use (and applying CGT to it), and personal use.

Capital gains will be taxed at a person’s marginal tax rate.

The implementation date will be known as ‘Valuation Day’, and CGT will apply to gains and losses that arise after that date. Therefore taxpayers with assets within the CGT scope will need to:

The TWG recommends that a number of valuation methods are provided by IRD to suit the asset, such as QVs or ratings valuations for land. It is also recommended that a ‘median rule’ apply to calculate capital gains/losses in order to even out capital gains and avoid subjecting taxpayers to tax on artificial paper gains or losses.

CGT is calculated at the time an asset is sold or disposed of. The cost of acquiring the asset will be deducted at the time of sale/disposal, along with any other capital expenditure incurred (such as improvements made after acquisition). Expenses classed as holding costs, such as repairs and maintenance, interest, rates and insurance, are deductible in the year in which they are incurred. The TWG has recommended that losses arising when an asset is sold/disposed of are ring-fenced. CGT should be included in your provisional tax calculations in the same method as for other income.

The TWG has proposed that CGT be applied to all New Zealand individuals and entities, including companies, partnerships, trusts and look-through companies.

As with all taxes, we believe the devil will be in the detail. We will provide a further update once the politicians have put their spin on a CGT!

Tim Livingstone is a Consultant at UHY Haines Norton.