Previous Next
Business After 5 Went Wild at UHY Haines Norton 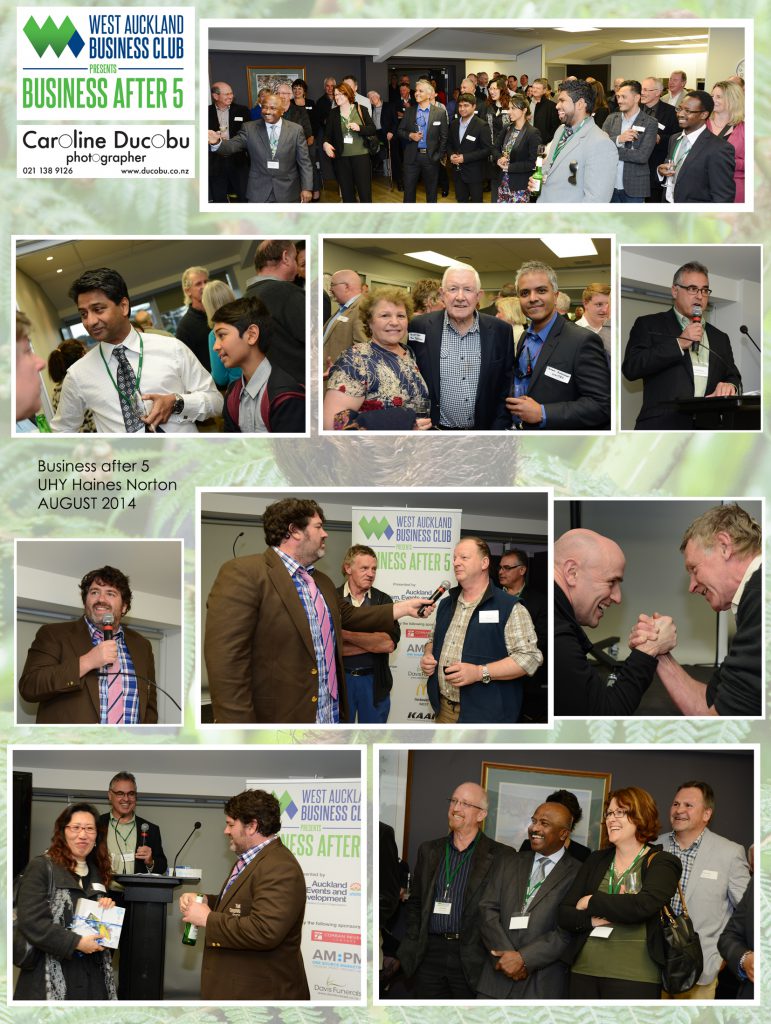 On Thursday 21st August, UHY Haines Norton hosted the West Auckland Business Club’s Business After 5 event.  We always love this opportunity to open our doors and catch up with clients, associates and members of the West Auckland business community.

We usually try to do something a little different and provide the audience with some laughs, and this year was no exception.  We were delighted to have a special guest presenter: West Auckland resident James McOnie, a roving reporter on Prime and Sky TV’s ‘The Crowd Goes Wild’ since 2006.  James kicked the entertainment off with a nod to the West Auckland cougars present (resplendent in leopard-print camouflage) and orchestrated an arm wrestle between the two self-proclaimed sportiest people in the room.  James has interviewed some of sport’s biggest stars both here in New Zealand and worldwide.  He enlightened us on his infamous “stalker” episode with Maria Sharapova (“it’s not stalking if you love them”), his love of sports where you have to get changed into sports gear (“there was a Ukrainian shooter at the last Olympics who competed in jeans – it’s just too casual”), and why his favourite All Black away from rugby is Sonny Bill Williams (“he fought a 43-year-old sickness beneficiary”).  James’ irrepressible humour had us all in stitches and we hope that everyone who attended the evening enjoyed the fun atmosphere.