Previous Next
Success And Succession Planning 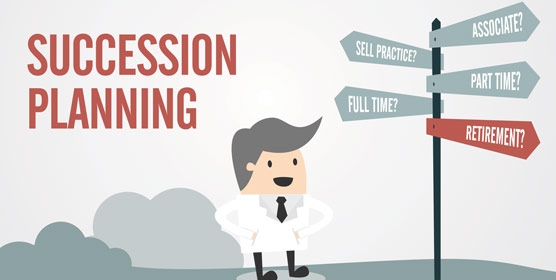 Family-owned businesses play a fundamental role in the global economy – but there are challenges to ensuring that their success continues from generation to generation.

The list of the top 750 family businesses globally released by family capital in 2019 has many familiar names with a long history of family ownership: US company Walmart, founded in 1945, ranks number one, with brands including Volkswagen (est. 1938), the Ford Motor Company (est. 1903), BMW (est. 1916) and Tata Sons Ltd (est. 1868) all ranking among the top ten.

According to family enterprise and wealth expert John Davis of MIT Sloan School of Management, many of the largest companies in any economy are family-owned. Not only that, but family companies tend to perform better and survive longer than those that are not family-owned. Whether large or small, they are ‘an ecosystem that underpins the economy,’ he says – one that is ‘set to grow even more important and influential in the years ahead’.

Around the world, family-owned businesses are not just important but fundamental economically. They make up over 85% of all companies in Spain, and 90% in Germany, driving both GDP and job growth. They generate over half of GDP in the UK, and in the United States they employ 60% of the nation’s workforce and create 78% of all new jobs. In Japan, family-owned small and medium-sized enterprises (SMEs) account for up to 99% of all companies and employ up to 70% of the workforce.

But neither continued family ownership (or majority ownership) nor long-term survival is guaranteed. Among the many issues faced by family-owned businesses, succession planning is one of the most challenging. The economic impact of family-owned business is significant in terms of both their success and failure. But it seems that succession planning – perhaps key to long-term success – is not always high on the agenda.

“A decrease in the population overall and an increase in people living to older ages, means we are seeing a growing number of SME owners who are 70 years or older,” says Morito Saito, director and COO at UHY Fas, Tokyo, Japan. Business succession has been identified as an urgent issue in Japan, so much so that in 2017 the government’s agency for SMEs announced a five-year plan to help tackle issues around business succession.

Morito continues: “Approximately one third of all Japanese companies do not have a succession plan in place, and many companies go out of business because they cannot find suitable successors. Despite being home to some of the oldest family-owned businesses in the world, around 6.5 million jobs and JPY 22 trillion (over USD 198 billion) in GDP could be lost by 2025 if this trend continues.”

But the challenge is multifaceted, and family dynamics also come into play: “Each family member needs to understand that they have a different role in the business – this may be in the management of the business, or they may remain involved as a silent partner,” says Morito.

The story is similar elsewhere. The Institute of Family Business in Spain recently described family businesses as ‘the backbone of the Spanish economy’, but reported that around 68% did not have a formal succession plan. Similarly, despite contributing over 60% of GDP, a recent survey of family businesses in the US reported that only 23% had a ‘robust, documented business succession plan’.

Marilyn Pendergast, partner at US member firm UHY LLP in Albany, New York, counts a family business owned and managed by the fourth generation among her clients. She sees succession planning as critical for any business venture – but crucial for the survival of family businesses. “It is a daunting challenge with many elements involved, and each business and each family will have different solutions,” says Marilyn.

Sometimes there is a clear candidate for taking over the management of the business; other times there may be multiple family members who believe they should inherit the business but do not necessarily have the skillsets or the work ethic to continue it successfully. Each business and each family will have different solutions.

At UHY LLP, Marilyn and her colleagues have taken a unique approach to the succession question: “One of the things we have done for family businesses is to run a succession planning workshop for all family members – those currently involved in the business, those who are not, and their spouses and partners – to provide a clear picture of what the alternatives may be, and to ensure that there are no unrealistic expectations.”

In Poland, Adam Trawinski, head of the tax and legal department at UHY ECA Group in Warsaw, has a similar experience of the issues around succession: “Succession planning always requires a tailored approach, but it is difficult to lead a family through succession if a succession plan has not been implemented in advance – and, unfortunately, some businesses do not survive.”

However, Poland’s case with regard to family businesses also raises a rather different set of challenges. “Poland has always been an enterprising nation, but the opportunity to run even a small business during the communist era was limited,” says Adam. “Privately-owned businesses only started coming back into the country following the change of political system in the late 1980s.”

The number of family-owned businesses grew significantly from the early 1990s onwards, and as their founders reach retirement age they are now facing the issue of succession for the first time. But this is not the only challenge. “Many of the businesses that were established at this time were small shops and workshops. Over time, and with the opportunities offered by Poland’s accession to the European Union, many of these have become larger entities that are now able to compete effectively in local and international markets. But while the owners focused on developing and growing their businesses, they did not always focus on ensuring that the formal side of things – the business structure – changed with it. We are finding now that we often need to combine succession planning with restructuring the business.”

Bernard Fay has first-hand experience of working successfully alongside his brother Joseph as co-managing partners and co-chairs of UHY Fay and Co, Spain, for over 35 years. He also sees succession planning as fundamental to the success of a family business, but recognises the challenges of transition from generation to generation.

“The transition from first to second generation requires generosity and understanding on both sides,” says Bernard. “The founder must be prepared to cede power and accept that their successor will want to lead the business their own way; while the second generation must understand that the founder still has an important advisory role to play and ensure that they provide them with the economic security that allows them to step back.”

Bernard believes that the most risky transition occurs when family businesses are passed on from the second to the third generation – or the ‘generation of cousins’. “Around 80% of family-owned companies disappear at this stage, either through sale, merger or simply failure,” he says, the reason being that, at this stage, there is a risk of too many people becoming involved.

“The third generation usually needs to implement a policy of dividends,” says Bernard. “It is not possible for all family members to earn a living from the business, but as shareholders they need to receive a return. Looking after the wider family is important to avoid conflict.”

Andrew Timms, partner at UK member firm UHY Hacker Young in Nottingham, agrees. “One of the big issues to consider is that family businesses do not necessarily need to involve all the family. At some point, each family needs to go its own way and be financially in control of their own destiny. In the best scenarios, once the initial business is created and successful, wealth is also created outside of the businesses through other investments – at that point, it is more likely that, from generation to generation, wealth can be retained across the family. There is a different dynamic between creating the wealth and keeping the wealth.”

The Experience Of Youth

Of course, the notion of being in control of your own destiny has another impact on success and succession, as Johannes Bitzer, managing partner at Dr. Langenmayr und Partner mbB Wirtschaftsprüfer Rechtsanwälte Steuerberater in Munich, Germany, explains: “Succession planning is often hampered by the fact that it is now much less common for children to follow in their parents’ footsteps – they want to follow their own interests and go into other occupations.”

This is also seen elsewhere. “Even if they are running well, many family-owned companies in Japan go out of business because there is not a suitable successor,” says Morito Saito. “The next generation does not always share the vision and interests of their forebears, despite a strong tradition of respect for elders and their values.”

But generational differences and the experience of life and work outside of the family business can also bring benefits. “Differences between generations in business have always been there – but what is new today is that, in general, the younger generations are much savvier about technological innovations,” says Johannes. “For businesses, this is noticeable not only in IT and communications technology, but also in marketing and sales – the innovative use of new sales channels and marketing strategies is almost always initiated by the younger generation.”

“It is an incredibly good thing for the next generation to have worked for someone else, experienced a different environment, got some professional training and come into contact with a variety of external influence before coming into the family business,” says Andrew Timms.

Marilyn Pendergast agrees: “I see differences between older and younger generations as a positive factor for family-owned businesses – the important thing is that they are committed to the success of the business and are able to communicate openly and positively.”

“Businesses need to constantly adapt and grow in order to survive,” she adds. “New ideas are the spark which can keep the business relevant – and old dogs can be taught new tricks.”

That a family-owned business will remain under family control from generation to generation is far from a given. The issues around succession are complex and careful planning is essential.

UHY member firms have a wealth of experience of working with family-owned businesses, often through successive generations, and understand the issues that can arise with areas such as succession planning.